From selling books online in 1994 to becoming the world’s largest e-commerce company, Amazon has certainly come a long way. In a complex Indian market which is full of opportunities, most economic experts counted Amazon off when it was about to enter India in 2013. However, the e-commerce giant surprised everyone by registering a six-fold jump in sales revenue to Rs 1,022 crore in 2014-15 from INR 169 in its first year of operations (2013-14) in India. How did Amazon India become so successful in such a diverse economy? What was the business model that led Amazon to hit a revenue of INR 1,769 crore in the 2020-21 period? We have got all these answers and more in this blog. Keep reading for an insightful case study on Amazon business model in India.

Before we move on to the Amazon India business case study and its aspects, first let us go through how Amazon has evolved as an e-commerce giant over the last few years.

Origin of Amazon in India

Amazon.com, an American international e-commerce company, was started by the computer scientist Jeffrey P. Bezos in the year 1994. The online shopping platform initially started as a bookstore and soon expanded and became the everything store. It went online in 1995 and issued an IPO in May 1997. Amazon was launched as Amazon India in India in June 2013. Since its launch in India, Amazon has built the most prominent online marketplace in the country.

Amazon India covers every serviceable pin-code in India for the delivery of its products. Moreover, It has the largest storage capacity in India, with 41 fulfilment centres across 13 states. Also, as a matter of fact, there are more than 20,000 Indian sellers on Amazon marketing their products worldwide.

The value proposition provided by Amazon is simple. They primarily offer convenience, the widest range of products and the lowest prices. Their prices are so low that they have displaced Walmart as being the leader in the low-price category! The amazing part about Amazon is that they deliver goods at extremely low cost without compromising on quality by any means. But, how does it do that?

Amazon makes the lowest prices possible by leveraging technology in such a way that it does not have to stock inventory of any kind. While other stores are reeling under the massive cost burdens of stocking inventory, Amazon can afford to undercut the competition on the same.

Hence, Amazon can be termed as a mix of a retail company and a technology company. Unlike retail companies, Amazon rarely hires stock clerks and floor managers. Their employees have high technological skills including optimised software development, data mining, data analysis and more.

Amazon opted for a marketplace model, to begin with. The marketplace model provides small businesses with a huge scaling opportunity without having to build the technical or operational infrastructure of scale.

Now Amazon is the largest marketplace in the world selling over 40 categories of goods, from books to electronics, auto parts to jewellery and even groceries.

In terms of operating income, the growth is mainly driven by the high margins deriving from the service sales. By looking in-depth at the revenue sources, subscription and Amazon AWS services have accelerated the income growth.

Amazon has a diverse revenue model.

The revenue model of Amazon is therefore very dynamic. It has been repeatedly venturing into newer areas. Also, technology is the backbone of these newer sources of revenue which many retailers had not thought about earlier.

Is the Amazon Business Model Scalable?

The business model of Amazon is not a capital-intensive model. It also doesn’t depend extensively on human resources. This makes it scalable. Amazon can easily enter another country and start selling products and it requires very little groundwork. This is the reason that Amazon went from being an American company to being a multinational in such a short period of time. This asset-light business model is also preferred by investors who have pumped in billions of dollars for Amazon to beat its competition with its deep pockets.

Amazon faces a wide variety of competition from different types of companies apart from the brick-and-mortar stores. E-commerce sites like Flipkart, Jio-Mart are the closest competitors in the retail space, and video streaming sites like Netflix are in the entertainment space. However, none of these competitors seems to be formidable. Amazon is the aggressor in almost all lines of business and is consistently taking over the competition in every industry that it is operating.

How Is Amazon a Technology Company?

It is technological advancements like these that will allow Amazon to reach its ambitious revenue targets. Although at first, the revenue targets seem ludicrous, Amazon seems to have a plan!

Why is Amazon Synonymous with E-Commerce in India?

Amazon performs exceptionally efficiently in terms of revenue per visitor, which is one of the key plans for any commercial website. That allows the company to grow fully to its potential and market its services optimally. Additionally, Amazon is a brand well respected for prices and customer convenience. It has accumulated technological expertise in retailing and customer management technology.

Achieving customer loyalty and repeated purchases has been the key to Amazon’s triumph. Many ecommerce store failed because they succeeded in achieving awareness, but not loyalty. Amazon achieved both. 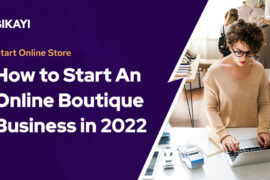 How to Start An Online Boutique Business in 2022 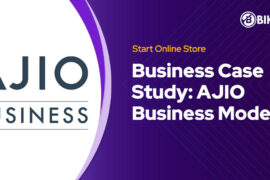 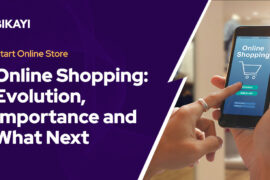 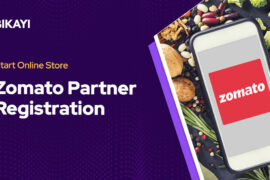 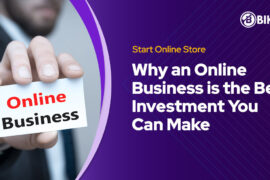 4 Reasons to Start an Online Business