Shark Tank has been a massive hit among audiences across all platforms, as it included ideas from entrepreneurs of all ages and mindsets. This show gave a boost to entrepreneurs’ confidence to go ahead with their ideas and also tanked other bizarre but out-of-the-box ideas from exploring further. Indeed, it was an entertaining watch but is this all there is to pitch an idea for a business venture?

There is a lot to explore and brainstorm when starting your own company, and many myths and misconceptions to debunk on your way up. It is not an easy journey, and certain stereotypes about social entrepreneurship certainly do not help. So today, we will debunk some misconceptions about entrepreneurs and encourage them to kickstart their way up.

Your Idea Must Be Unique

An entrepreneur can start their business when they come up with an idea, and this idea doesn’t have to be a never-done-before stunt. Any product idea is good when it is executable and has potential for sales in the market. A similar notion provides a potential market space for users to explore other platforms than usual, and even the most unique ideas can fail without proper planning and execution.

Entrepreneurs’ Success Depends on Their Funding

Yes, businesses need capital for take-off, but it does not mean an entrepreneur will never make it without funding. We’ve all heard rags-to-riches stories from Oprah Winfrey to Dhiru Bai Ambani; how do you think they did it? They, too, started with nothing but hard work and ambition and look where they are today. Funding is necessary for take-off, but you can fuel your vehicle in the long run with enough ignition power to push it the rest of the way.

Entrepreneurs Have to Take Huge Risks

The Press Kit loves to publish exciting stories about people quitting their jobs suddenly, mortgaging their house/car, and rising successfully. However, some people have had their eureka moment during their 9-5 career and started their idea by bootstrapping their finances and not going into debt.

For example, the company Bikayi was started by two techies from the IT sector who bootstrapped their savings of INR 7 lakh and turned around their profits in the next year through a round of successful funding from a group of international investors.

Sure, that’s the best part of being your boss. You don’t have to slog 24*7 if you don’t want to; you can work remotely and make it a four-day work week instead of the usual six days. Everything is according to your choice, but you also have the responsibility of making your business profitable. This can often mean long hours and making sacrifices in the long run.

According to the economic survey for FY 2021-2022, there are currently about 61,400 startups in India alone, employing many ambitious entrepreneurs of the next generation, you can read books for entrepreneurs to get inspiration. Things will not turn into a huge success overnight, instead could even take months, but there will be a way when there’s a vision. The definition of success depends on the entrepreneur; there is no hard or easy way to rise to be the best business person of the year instantly. However, we cannot say that startups rarely succeed.

Entrepreneurs Are Their Own Bosses

The saying is valid for the idea’s origin, but it is not fun being a boss of a recently launched startup. When you enter the entrepreneurship world, there are several people you answer to; the investors, your clients, and if you have co-founders, getting them all on the same page can get quite tedious.

Entrepreneurs Need That One Idea To Be Successful

Hitting the jackpot on your first idea can be lucky and rare because, in this generation, you’d have to come up with something constructive for a majority of the people to utilize it. However, one idea leads to another until some entrepreneurs hit upon a solid one; this is how many entrepreneurs come upon brilliant ideas. You do not have to stick with one and wait till it flails out; put together as many ideas as possible and try them all out and if you’re good enough, trademark them all!

It is never too late to start anything new—for example, Colonel Harland Sanders began his Kentucky Fried Chicken business at 62. We see many tea stalls and chai tapris run by middle-aged people on the streets; all these are legit businesses. We drink chai three times a day at three different booths, so never think you can’t do it because of a unique idea; think about where you can utilize a general idea and make it a personal success story for your users.

How to Become an Entrepreneur? – 10 steps to make you successful 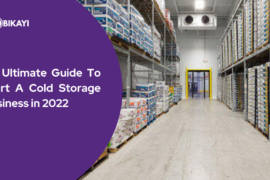 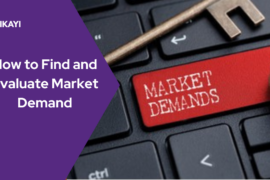 How to Find and Evaluate Market Demand 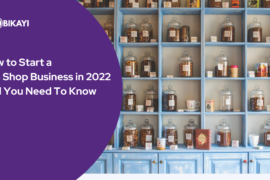 A Full-Proof Tea Shop Business Plan : How To Start Guide 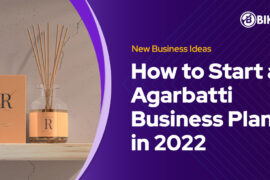 Qualities of Good Boss – Expert Tips from Suits To The Office